This Campaign has ended. No more donations can be made.

In the past days disastrous weather conditions hit the entire coast of the north Adriatic, from Muggia to Chioggia.
In Venice the high tide (Acqua Alta) reached tremendous levels, only a few centimetres less than the terrible flood of 1966
Together with the group ‘Venessia.com‘ we want to be useful to the families who have suffered the most damages.
Your donation will go directly and entirely to these families.
Everything will be transparent for our donors and visible on our website and our social channels.

Wear solidarity
With a minimum donation of 25 €, you will receive a solidarity t-shirt for the fund raising. Donations can be made through:
– PayPal at the link http://paypal.me/LOVEonlus  (writing in the comments “duri i banchi”)
– bank transfern to IBAN IT 88 W 03 1111 2000 0000 0000 0397 SWIFT/BIC BLOPIT22
In order to receive the t-shirt you need to send an email to: beloverevolution@gmail.com specifying size, gender and address (worldwide shipping). 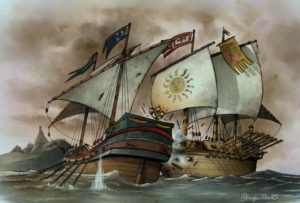 DURI I BANCHI!
Once a war cry , today a symbol of Venetian resilience.

It can be heard almost everywhere, today, in water-wounded Venice. “Duri i banchi!”, often said with a hard handshake, eye into eye, or written in the many posts in Facebook and Instagram.  For a foreigner it sounds strange if not difficult to understand, although the translation is quite simple: hold steady. Among the many English variations (hold fast, stay strong, hang in there, and the typical hold on, subject for many pop songs) this is the one I think gives the best interpretation to the original, ancient meaning, going back to when Venetians fought upon rowing boats. The galleys.
The galleys were the heart of the “Armada”, the Venetian war fleet commanded by Patrician captains and led by the Capitano Generale Da Mar. The “Armada Sottile” (thin army), used exclusively in war, was composed mostly by the “thin galleys”, the wooden “galere sottile” 40 metres by 8, that could be launched at a maximum attack speed of almost 12 knots by the mere strength of 150 pair of arms.
The technique was the simplest: ram into the enemy ship doing the maximum damage possible, then board, jump on the opponent’s bridge and fight. Simple and very effective, as seen in the Lepanto battle in which the pride of the Ottoman fleet was destroyed.
When the ramming order was given, “hold fast” acquired a well defined meaning.  Especially in the oarsmen banks, who had to suffer the maximum force of impact. Thus, “Hold hard to the benches” was the last order given to the oarsmen.  Considering the fact that the venetian fleet’s oarsmen were mostly free men (contrarily to the Ottoman fleet, a fact which contributed to the Christian fleet victory), the order had the meaning of a war cry.
But “Hold fast” was meant for all, oarsmen and soldiers, officers and teen ager patricians freshly embarked, thus eliminating all social and hierarchical differences. We are all in the same boat, a philosophy that was one of the secrets of the more than millenary success of the Venetian Republic.
Today the same motto, the same war cry is heard around Venice notwithstanding social or economical differences. we are all Venetians, all together in fighting our ancient friend/enemy, water. Al together in helping each other. All together sitting on those hard benches and rowing to save not only our city, but all the values that have made her unique.
In the end, we shall win this war for survival. If you join us.
So, one more time ad all together, Duri i banchi! 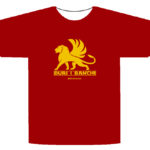 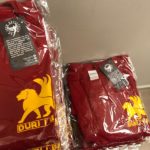 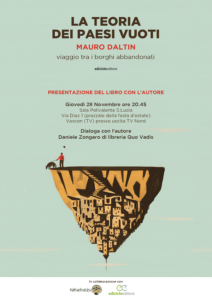 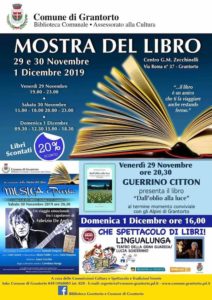 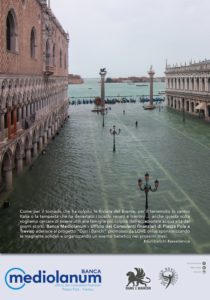 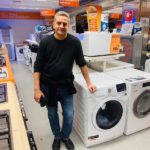 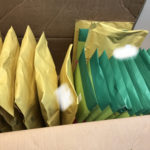 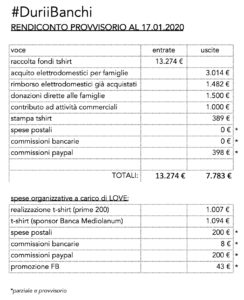 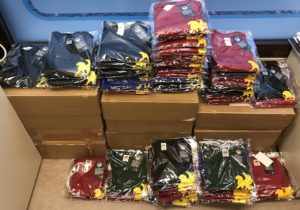 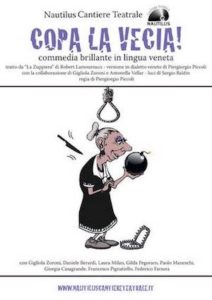 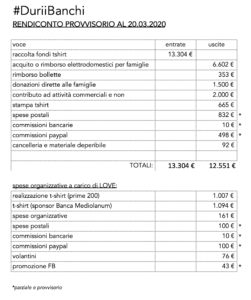 Beneath the Lion’s Wings: A Novel 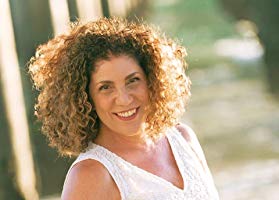 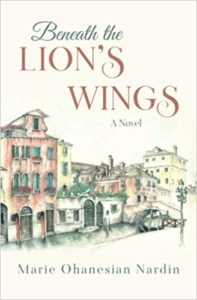 Beneath the Lion’s Wings: A Novel

Marie Ohanesian Nardin, born in Los Angeles, California, has always loved to travel. That passion brought her to Italy where she fell for a man and his city; a serendipitous occurrence that changed her life, and inspired her to write her novel “Beneath the Lion’s Wings”.
Since her move to Italy, the former banker has restored a two hundred year old rustic barn that became the home where she raised her two children, and where she learned to appreciate a good glass of red wine and cook delicious risotto, homemade soups and pasta, and the Nardin family’s secret tiramisu recipe, which she says “…never comes out quite as good as my mother-in-law’s”.
Marie writes for various news outlets and travel media magazines, teaches English, and is currently working on a short story collection, and her next book. When Marie is not writing or traveling around Italy and Europe, she returns to her beloved California to visit family and friends, watch the sun set over the Pacific Ocean, and stop by her favorite Mexican “mom and pop” eateries.
Marie lives in the Venetian countryside with her husband, their daughters, and their dog, Bacco.

“As I write this, exceptional high tide is hitting Venice for the 3rd time this week! How can we help? I will donate 100% of my royalties from the sale of all PAPERBACK copies of my novel “Beneath the Lion’s Wings” ordered between November 17, 2019 and December 26, 2019. Purchasing a copy of “Beneath the Lion’s Wings” for yourself, for someone else or as a holiday gift, will see your donation go to “DURI I BANCHI”, in collaboration with LOVE and the Venetian citizens organization Venessia.com. Funds will go directly and ENTIRELY to Venetian families struck by the exceptional high tides of this past week. The cost of the PAPERBACK copy is $14.99 on Amazon. I will make the lump sum donation via wire transfer to “DURI I BANCHI”, and will publish the total donation amount at the end of the campaign and no later than December 31, 2019.
Thank you! Marie”